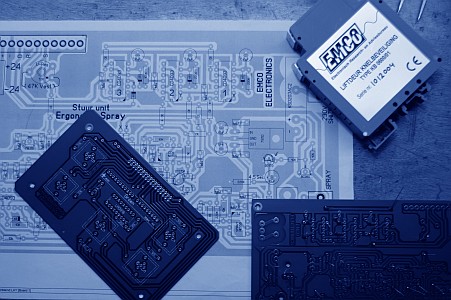 Emco Electronic Research and Consultancy has been active since 1985 as a one-man business. In the first few years, business consisted mainly of repairs. Later on, the activities expanded with the development and production of electronic equipment for measurement and control purposes.

In the time when PLC technology was in its infancy, Emco was a company of some weight to machinery companies for example.

Emco is also specialized in industrial audio and video. Emco was involved in the development and construction of several radio games in public broadcasting, and controlling the audio link between the studio of Radio 10 and the satellite uplink station in Brussels. Emco developed an extra backup facility to be ready in case the audio link dropped completely.

Emco has gained a lot of experience due to the large diversity of its activities.